"There are moments here only yours and mine. Tiny dots on an endless timeline."
— La Dispute, "Woman (in Mirror)" 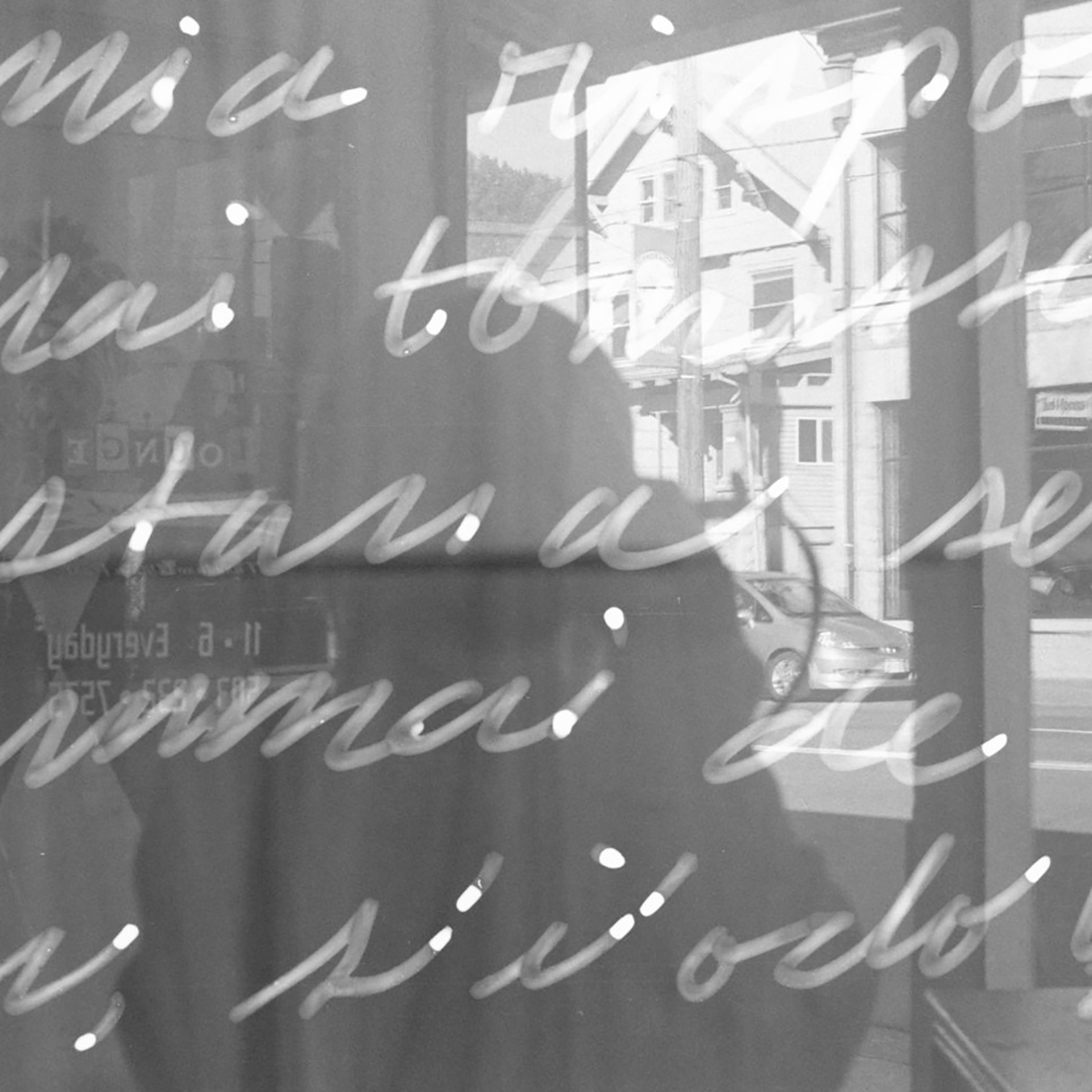 I want to tell you about one of my favourite moments of you. I left to use the bathroom—I think post-sex, but I also don’t quite remember. If it wasn’t post-sex it was post-post-sex-snuggle, which I suppose is still post-sex. You looked up at me when I re-entered the room, or maybe you didn’t. I don’t remember much of it really, but I remember the feeling. You looked up at me, or you didn’t, and you were picking at my guitar without any clothes on (you were without clothes, guitars don’t often wear clothes, thus it might be strange to note if my guitar was without clothes). You looked so quiet then.

There was another moment, or not really a moment, more something I saw. You were tickling me and I was laughing and you climbed on top of me and sat up. My legs were on either side of you and you pulled my feet up to your face and played peek-a-boo with them. It was such an innocent gesture, and you were almost wild then. Not wild in the way you usually are, but a quiet sort. You were soft. Tender. In the best way.

This isn’t a moment so much as it is the answer to a question. I guess it wasn’t really a question. You were texting me from the airport and you told me this was the best change you’d seen in a while. I assured you it wasn’t one sided, but I was wrong in saying why. Now, writing these moments down, I know why.

You haven’t seen me without a project, but here's the truth: when I met you, I hadn’t drawn in months. I hadn’t written a song in nearly a year. I hadn’t made anything for myself in ages. You half-jokingly asked if you were my muse once. The truth is, maybe half of the people I’ve dated have been my muse at some point or another, but it hasn’t been as sporadic with you, because you’ve been encouraging it. You’re the first person to read stuff like this, and you seem to like it so I’m going to keep showing it to you.

I told you about this moment already. We were in the bath, and you were sitting across from me. We were just sitting there, enjoying everything exactly as it happened to us, and you pulled the skin from your balls up over your scrotum and we laughed together at the way bodies fold. We laughed again when I kissed your dick and it rose to attention with urgency. It was a quiet moment, a supple one, vulnerable.

I told you about this moment already, too. This was perhaps my favourite of the dates we went on. You were hungry and delirious and I was a tad confused as to why this was someplace you wished to take me. We went to guitar centre and I was playing something on uke and you were looking at the guitars and you turned to me and said, with hesitation on every word, ‘you make me feel things’. I want you to know, though I know you already do, that you make me feel things too.

You were napping while I worked and I moved my hand to play with your hair and you jumped. I felt so bad. I didn’t want to wake you, or cause you harm. I moved my hand back to where it was and ran it through your hair while you settled back into sleep.

When we drove out to the water to have sex in your car. After that. We were naked in the back seat and we were holding each other tighter than we ever had and you were pouring yourself into me, just talking on and on, about everything you’d ever been afraid of and I could feel it all running into me then. I could feel all your energy just pouring into me and all I had to do was be there. I didn’t have to ask any questions or make any suggestions, and I feel so damn lucky. So damn lucky I got to be there to feel you like that.

At the party, when I was mad at you, though really most mad at myself. I was holding some distance and you noticed and you told me later that it made your chest sink to see me upset with you. I didn’t tell you then, so I’m telling you now: I already knew. I already knew because I could feel it when it happened. I wasn’t even looking at you, but you were the only energy in the room I was attentive to, so when your heart got heavy mine did too. I’m still mad at myself for being mad at you, but I’m also glad it happened, because I get to tell you about it now.

You asked me what I was thinking and the truth is everything.

We were lying there, it was the last night, and we were talking. We talked and talked and talked because we didn’t know when we’d get to hear each other's voices again, not for certain, and I don’t know about you, but I just wanted to hold it in my ears forever. Every whimper, whisper, and crack. All of it.

We were lying in bed and talking about your inevitable departure. You brought up this song and you said we were just tiny dots and then you said maybe our dots would come back together again and made the motion with your hands and I don’t remember what I said back, but that itself was a tiny dot.

We were building your coffee table. There was something easy about it, building something with you. It wasn’t a complicated table, but few tables are.

There was a moment, or a thought, that occurred sometime in the middle of our first video chat. I don’t remember what you said because I was too busy remembering how you were saying it. You seemed excited and anxious and certain and concerned and like you were saving something for later, because saving something for later seemed like the best way.

At some point you told me there were things we didn’t do because you were saving them for when you came back. I told you what we were trying to pull was dumb and reckless, but I liked being dumb and reckless with you.

So, At some point I stopped thinking “this could work”, and started thinking “we are going to make this work.”

I want to make this work because I like to work. And because I like to build things with you. I want to build this thing with you. Even if I don’t know what it is we’re building and there aren’t any instruction manuals or proper tools. Nothing about any of this has been written before, there aren’t molds or models to follow. We’re both looking at our individual lives in scattered pieces on a living room floor, I think we can make something out of all these tiny dots.

And even if what we make falls apart, I want to at least be able to say we tried.